The Most Common Reasons for Traffic Stops

About half of all traffic stops initiated by the police result in traffic tickets. About 8% of all drivers on the road will get pulled over each year, and men are more likely than women to be stopped.

Contrary to popular belief about 85% of drivers say they had a legitimate reason to be stopped. Only about 5% of traffic stops result in a search of the driver or the car.

So, how can you avoid getting pulled over? First and foremost, attend a certified defensive driving course in your area to ensure you’re up-to-date on the rules and regulations of the road! Ignorance is not an excuse under the law. Here are the most common reasons police pull over drivers: 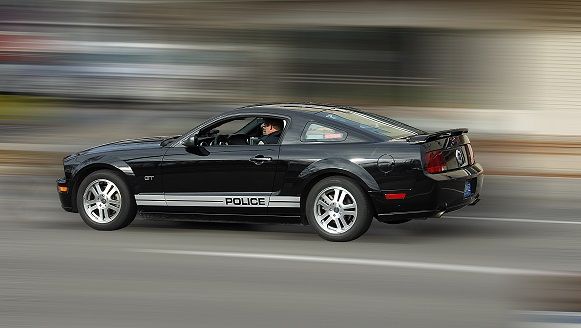 Speeding is by far and away the #1 reason police pull over drivers. You should always obey the posted speed limits and also remember the limits are in place for the best of conditions. If it’s raining heavily you could still get ticketed for driving 60 mph in a 60 mph zone if an officer deems your speed unsafe.

Though there are only 11 states that prohibit using a phone while driving (even for talking!) a full 40 states have now officially banned texting while driving. If you’re attempting to use a phone and drive on the sly you should know you’re more obvious than you think…and you’re also more likely to inadvertently disobey other traffic laws while you’re distracted, too.

This is the easiest way to avoid being pulled over. Be sure your windows are tinted within the rules of the law, your tag’s up to state code, and that your vehicle doesn’t ride too low to the ground. Don’t draw unnecessary attention to your car! Also do a periodic check to make sure all your lights are working – burned-out tail lights are a common reason for traffic stops.

Don’t drive like a jerk. Be sure to give the car in front of you plenty of room on the road, and don’t speed up past the posted speed limit to pass anyone. Only pass on properly marked lanes and remember that you can only pass two cars at once within the law. Avoid swerving, cutting people off, and generally driving unsafely.

Yep, your laziness could get you pulled over! It’s easy for a cop to run your tag and see that you’ve got 6 unpaid tickets (or, worse, a warrant out for another crime) and pull you over. Fork over the money to clear up your tickets so you won’t have a big bull’s-eye attached to your tag number when you drive.

Don’t get pulled over! Learn the rules of the road, avoid the risk of a DUI, and generally behave yourself behind the wheel. It’s not about getting a ticket, it’s about staying safe.