Are You Looking For a DUI Attorney That Can Help?

Our partners have put together a network of the top lawyers in each of the 50 States. Calling could be the difference between winning your case and not.

If you are looking for an attorney to take over your case or simply evaluate your options, a trained representative is available 24/7.

NM Online has been working with DUI and Criminal Defense Attorneys since 2008. Having grown from one of the largest in-person court services businesses in the country, our experience with DUI Attorneys and helping people with court services programs has led us to this partnership. Because of our knowledge of the industry, we only work with the top partners in the country and have become the most trusted name in the industry.

Because our business was originally all in-person, we value the importance of listening and helping people in need. Whether it is supporting DUI customers to find the right attorney or listening to someone tell their story in one of our many online counseling programs. There is a need for good help and support and that is what we strive for when securing partnerships.

If you have recently been arrested for a DUI and need to talk to someone about what to do next, one of our representatives can help. Getting a DUI is very stressful and having the right lawyer can really help get you and your family through this tough situation. 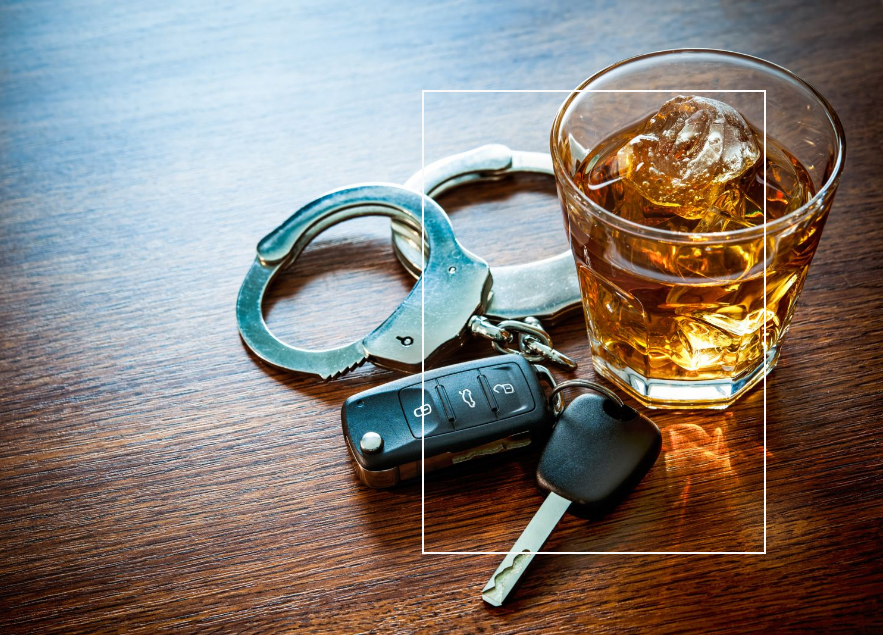 Whether you are looking for a lawyer for the first time or currently have a lawyer in place, giving our number a call wouldn't hurt. Whether you have a refusal case or an accident was involved or want to find out the laws in your state, we can help. In every state we have someone available. New York, Georgia, Texas, Florida, North Carolina, Illinois and all the rest, we may be able to help.

We have assembled a large network of attorneys to choose from

The DUI Lawyers we work with are all very affordable

When ShouId I Retain A Lawyer?

If you have been charged with a DUI and are trying to fight the case, hiring a professional attorney is always a good idea. A good DUI Attorney can also help you navigate the court system and minimize the charges against you.

Can I Go To Jail For A DUI?

Yes. This will depend on your case and your Blood Alcohol Content (BAC) but a DUI is a very serious offense. Second time offenders the punishment is more severe. Hiring an attorney can help understand more the laws in your state and the possible jail times involved.

Can You Get A Second Opinion

Absolutely. Many of our students and customers have already spoken to a DUI attorney but have not retained one yet. Having another option and being proactive can sometimes help your case. 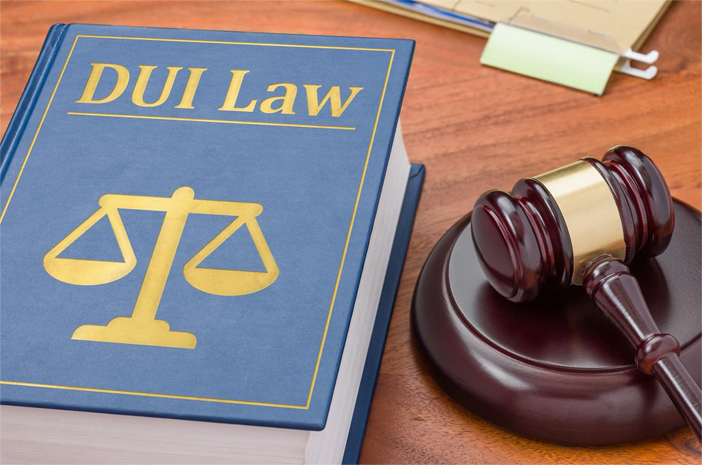 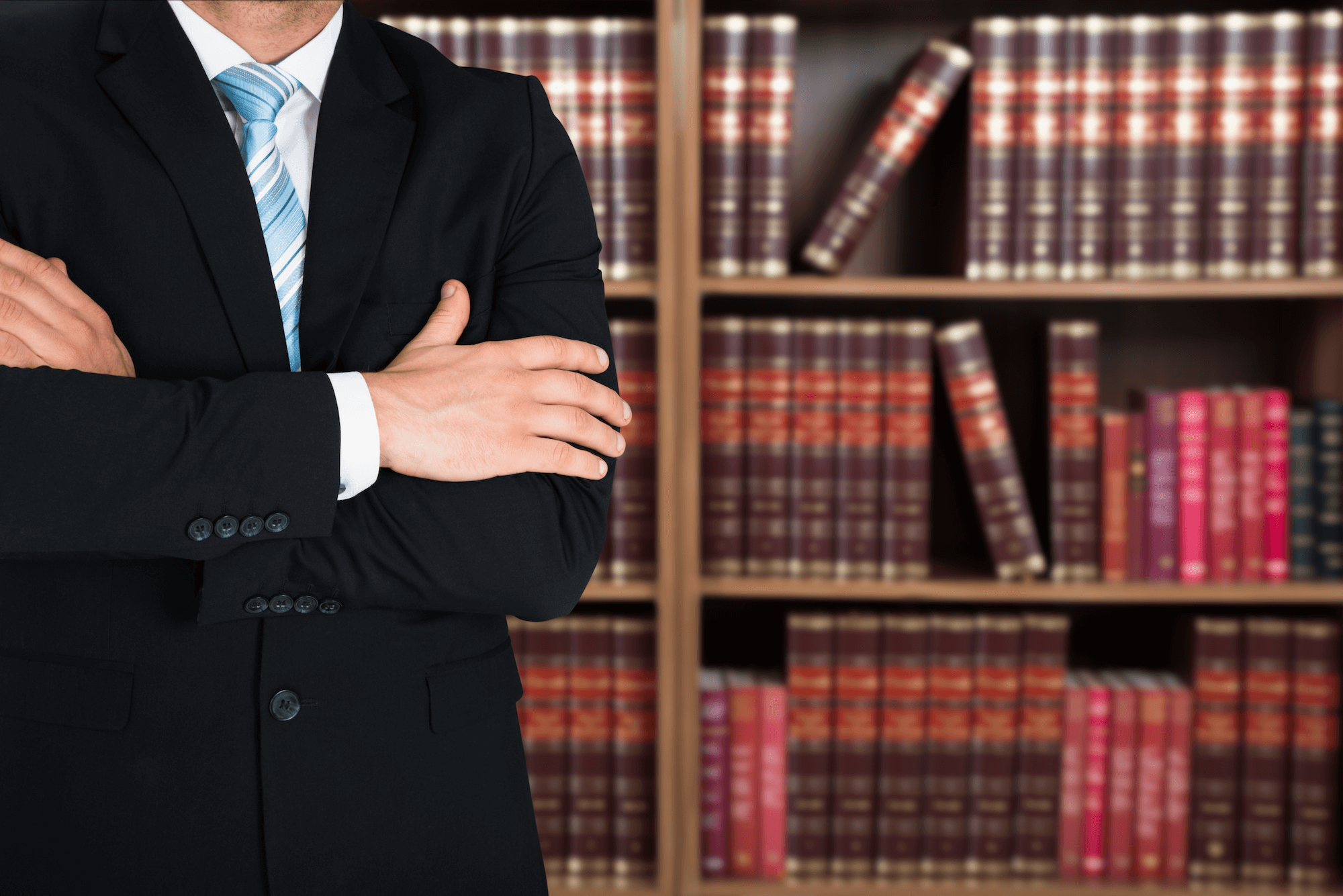 Driving under the influence (DUI) is a serious criminal offense in most states throughout the United States. Drunk driving puts the safety of you, your passengers, and other road users at risk, which is why DUI arrests are a big deal in every state. The penalties for a DUI charge can be harsh and comprehensive.

There are many factors that go into how severe the punishment will be if you are caught driving under the influence. These factors can include things like your blood alcohol concentration (BAC), whether or not it is your first offense, and whether anyone was killed or severely injured as a result.

You may have to take a driver's test again or you might have to install an ignition interlock device in your car for a period of time. You might lose your license altogether. The court might also decide to fine you or sentence you to jail time.

There are a variety of legal issues that result from DUI cases. It would be wise to have a DUI attorney by your side to help you navigate these issues.

Why You Need A DUI Lawyer

There are a number of reasons why you should hire a DUI defense lawyer after your DUI arrest. Consider the following:

They Understand the DUI Law Better Than You 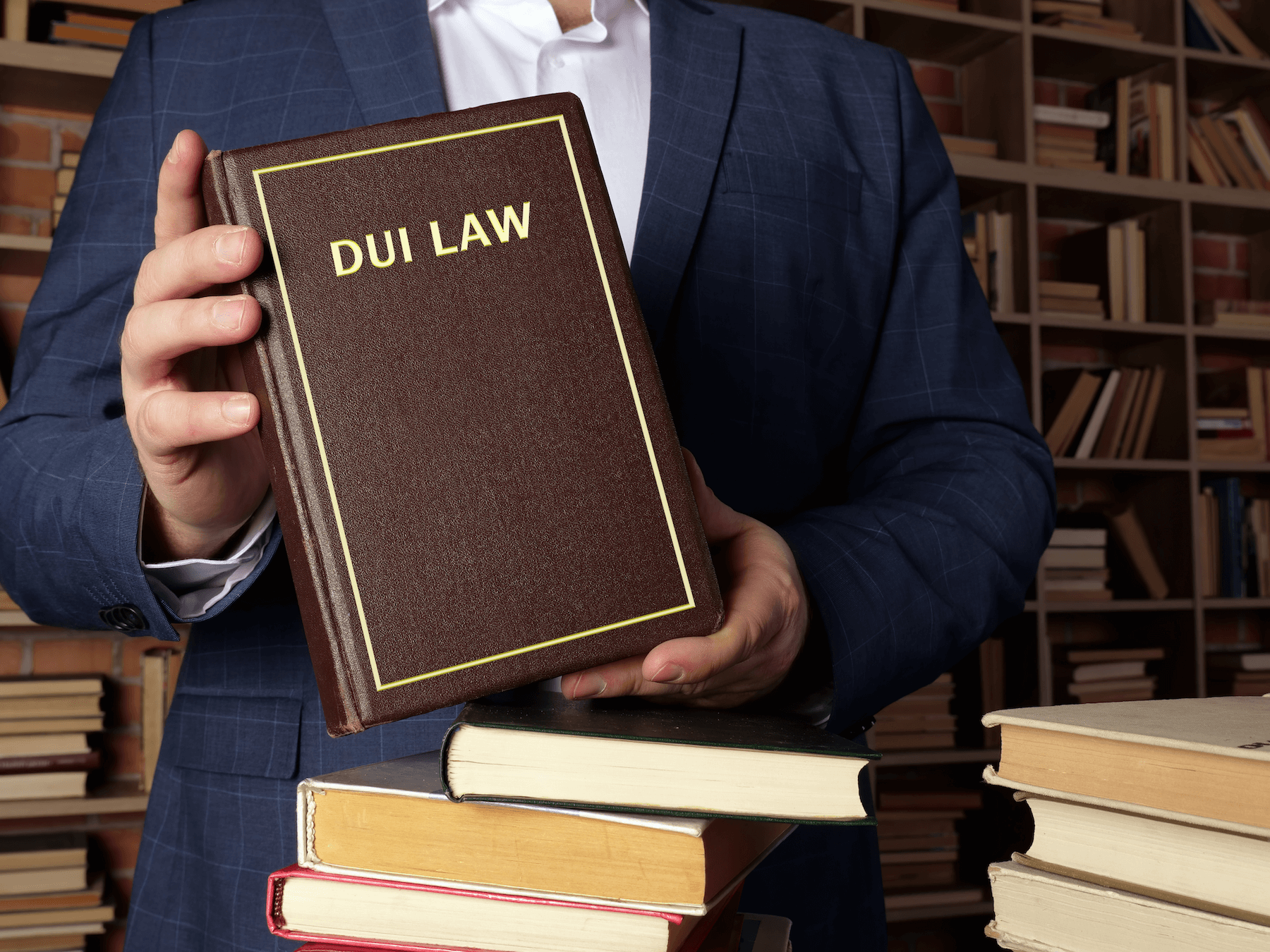 DUI law is a specialized area of criminal law that most people are unfamiliar with and do not know how to navigate. DUI legislation is complicated, and no one is better informed on DUI/ DWI regulations than seasoned attorneys who have worked on hundreds of similar DUI cases. They know just how to find their way around the complexities of this legal process in a way that can get you the best deal at the end.

Consider the basic idea that a DUI attorney has gone through years of legal education. They also have extensive experience defending people accused of DUI and can now provide you with the finest legal counsel because of their wealth of knowledge in this field.

You must always enlist the assistance of a lawyer if you want to understand the DUI legislation's complexities and mitigate the damages from your DUI arrest as much as possible.

They Can Determine the Necessity of a Plea Bargain

Sometimes you can make a deal with the prosecutor. You agree to plead guilty and in exchange, the prosecutor agrees to reduce your charge and penalty. If you know that you are guilty of a crime, it is often a good idea to plea bargain with the prosecutor. However, this is something that should not be done without the help of an experienced lawyer by your side.

When you have a DUI lawyer, they know how the prosecution works and how to negotiate to get the best deal. They also know how to present your arguments in a way that makes it more likely you will get a reduced plea deal to avoid a DUI trial.

They Save You From The Burdens of Multiple Testing 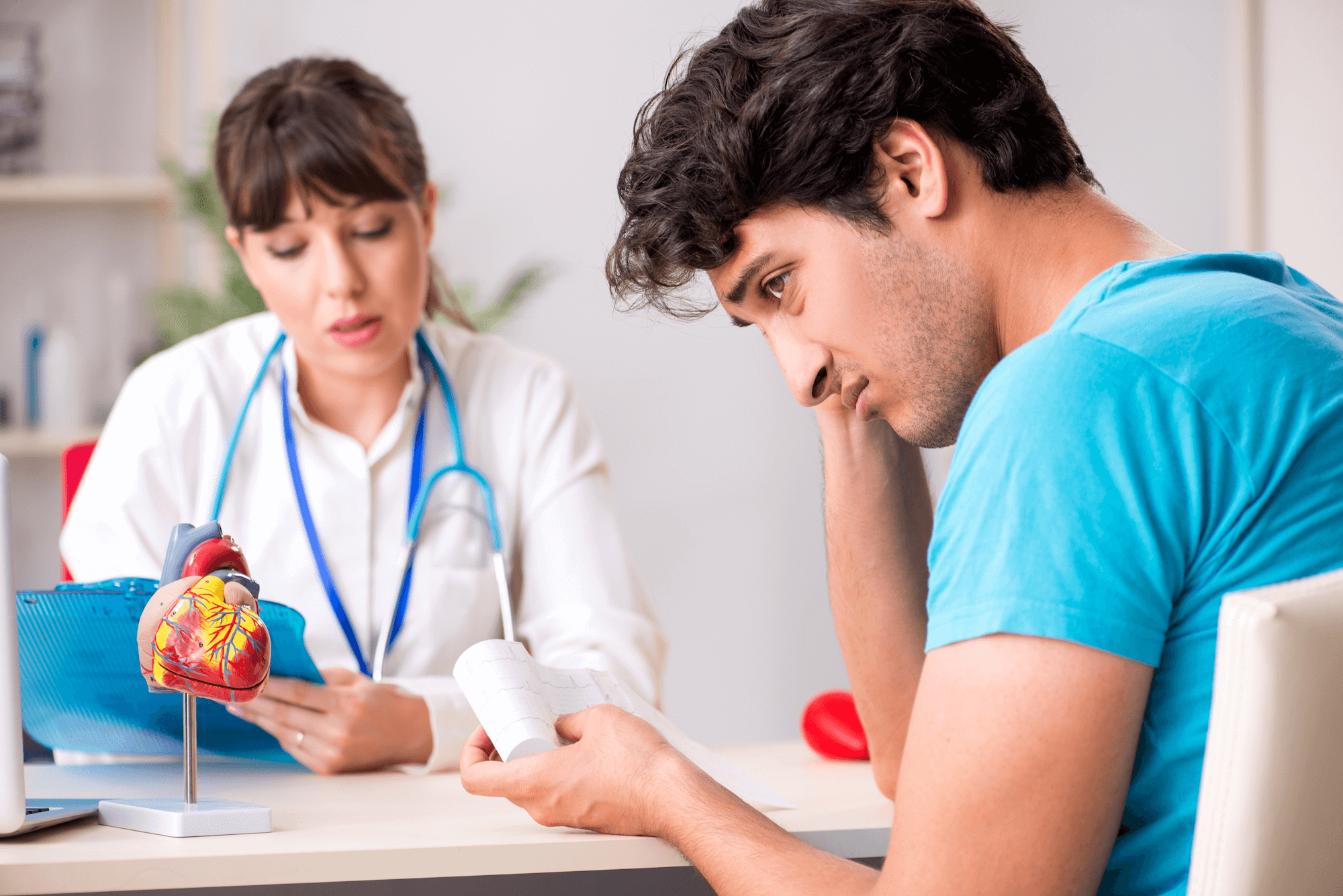 Tests that must be paid for and completed at your own expense are just one of the penalties that can be handed down as part of your sentence. These tests might be similar to field sobriety testing or can be quite intrusive like blood testing. If you're out on probation, you must report to a testing center for field sobriety tests, once per day in order to check whether you need to undergo a drug test. If you miss a test, your probation could be revoked, and you may end up with a lengthy jail time.

If you work or don't have access to a car, complying with testing requirements might be difficult. A driver's license suspension at this stage would make it much harder to make appointments. This is why you need a DUI lawyer to avoid the chain reaction of repercussions.

If you have a DUI, an attorney may be able to help reduce the penalty or get it removed from your record. If you try to do this without a DUI defense attorney, you're unlikely to be successful. The court probably won't accept your reasons for eliminating the criteria from your case if you submit them on your own.

For the Sake of Your Career Prospects 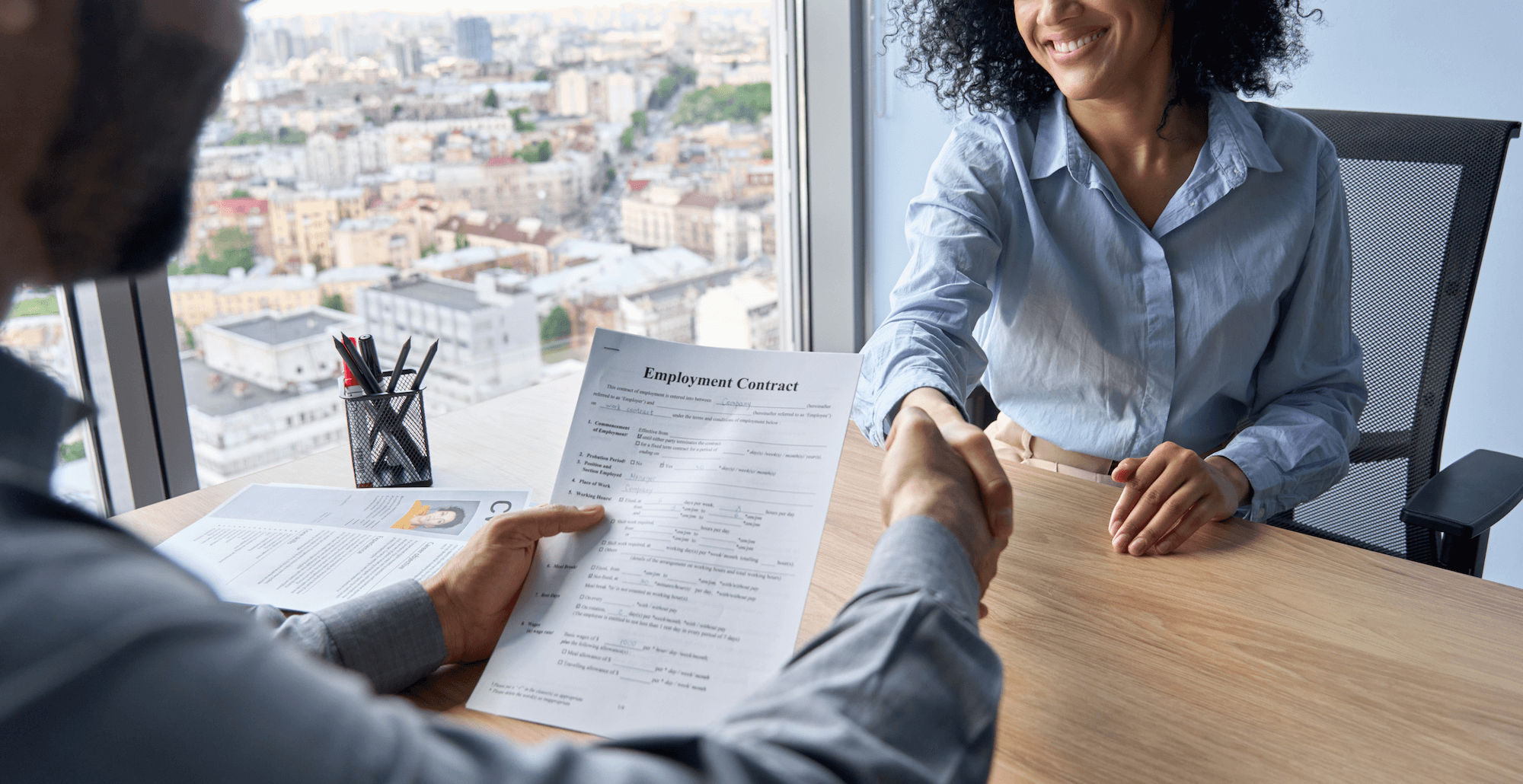 A DUI conviction will be noted on your criminal record if you do not handle it properly. Consider this when applying for a new job. It has the ability to have a major impact on both your current and future employment prospects.

A DUI lawyer will do everything possible to minimize the DUI charges against you so that you don't risk having a criminal record. You may be able to volunteer in community service or pay additional fines in order to keep this information out of the public eye or off of records accessible to your current or future employers.

If you don't want to be rejected for a job you are likely to apply for in the next few months because of a criminal record, you should think about engaging a qualified attorney in your DUI case.

To Get Rid of The Ignition Interlock Devices Requirement

Ignition interlock devices are one of the most aggravating and mortifying elements of a DUI conviction, which is why they're at or near the top of this list of requirements to avoid in a DUI case. The court might order that you must blow into an ignition interlock device each time you start your car. These devices are generally required for a year after the date of your conviction, although this period may be shorter or longer depending on the circumstances of your case and the laws in your state.

It is embarrassing to blow into this device in front of other people, especially if they are passengers in your car. It makes them doubt your ability to do things and it also reminds them of your DUI story. You don't want this to happen! Aside from that, they are costly and must be purchased and installed on your own dime. The good news is that DUI lawyers can help you!

A DUI lawyer with a reliable law firm might be able to have your charge reduced so that the ignition interlock device requirement is not applied to you. Their legal services can protect you from this demanding requirement and more.

All Calls Are 100% Confidential and Handled By Licensed Professionals