Teen Driving Laws in GA You Need to Know

Maybe you’re a teen who (finally!) has your license, or maybe you’re the parent of a teen who’s just started driving. In Georgia, as in many states, special laws and regulations apply to teen drivers as they become more comfortable behind the wheel and it’s important you know them all before you or your teenager hit the road.

Ignorance is never an excuse for disobeying traffic laws and in breaking these rules can get you a ticket or worse, get your license suspended. If you’re a Georgia teen and you’re new to driving, be sure to pay attention to these specific traffic restrictions.

Joshua’s Law went into effect in 2007 and effectively tightened the requirements for receiving a Class D driver’s license in Georgia. A Class D license is a provisional license (more on that in a minute.) In order for a 16 year old to apply for a Class D license they must have completed a defensive driving course approved by the Department of Drivers services, and also completed 40 hours of supervised driving time, at least 6 hours of which must be at night. If a teen chooses not to take a driver’s ed course they must wait until they’re 17 to obtain a Class D license.

A Class D license is known as a “provisional license” and it’s the step between a traditional Lerner’s Permit and a Full Driver’s License (Class C) in Georgia. Most Class D drivers are in their teens. There are a number of restrictions when driving under this type of license: 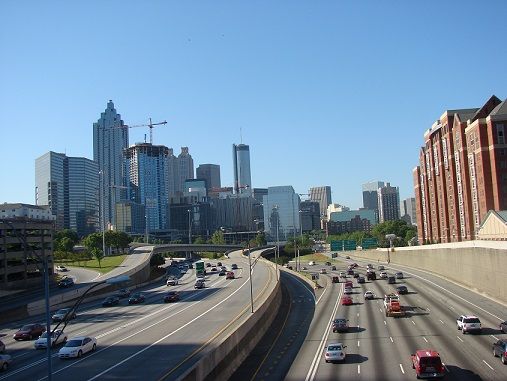 Any driver who is under 18 years of age must be in school to keep a driver’s license of any kind. If a student has 10 unexcused absences or withdraws from school they must surrender their license to the state of Georgia. There are a number of other reasons getting in trouble at school can cause you to lose your license. Additionally, a parent may request their teen’s Class D license be suspended at any time and for any reason! So be nice to your folks.

Georgia has a zero-tolerance policy for underage DUIs. If you’re convicted of a DUI at any point when you’re underage your license will be suspended for 12-months. Additionally, you may not apply for a full driver’s license (Class C) if you have any of the following offenses within the last year: DUI, eluding a police officer, reckless driving, hit and run, drag racing, more than 4 points on your license.

Georgia doesn’t make it easy for teens to get their full Class C licenses, and that’s a good thing! There’s some statistical evidence the implementation of Joshua’s Law is already helping make teens safer on the road. Got questions? Give us a call today to find out more about Georgia’s teen driving laws.