The 8 Most Dangerous Intersections in Atlanta

The 8 Most Dangerous Intersections -

It's no secret Atlanta is a dangerous place to drive.

Every Atlanta driver knows the frustration of Spaghetti Junction and the interminable traffic on I-75 when a Braves game's in town. When school's in session all bets are off and if there's a major event like a concert or a Falcons game? Plan on being stuck in traffic for a while. Over 550 people each and every year are killed on Metro Atlanta's roadways and many of those deaths occur at intersections where traffic, poor driving skills, and limited visibility play a role. Intersections aren't just dangerous for drivers, either; they're the setting for a vast majority of biking and pedestrian deaths as well.

Some of Atlanta's intersections are more dangerous than others, in large part because of difficult yields, multiple lanes, and the sheer volume of cars that pass through them every day. Here, in no particular order, are the 10 most perilous intersections in Atlanta to avoid at all costs.

This intersection's got terrible visibility and an awkward angle to boot. It's one of the deadliest intersections in the entire state of Georgia for motorcycle accidents, too.

It's easy to see why this traffic-heavy intersection is so dangerous. Between cars pulling in and out of businesses, impatient drivers, and the six-lane highway this intersection is one of Atlanta's worst.

This Midtown staple has all the makings for a dangerous headway. It's right off of I-85, lanes are unclearly marked, and 14th Street actually splits in the intersection itself! 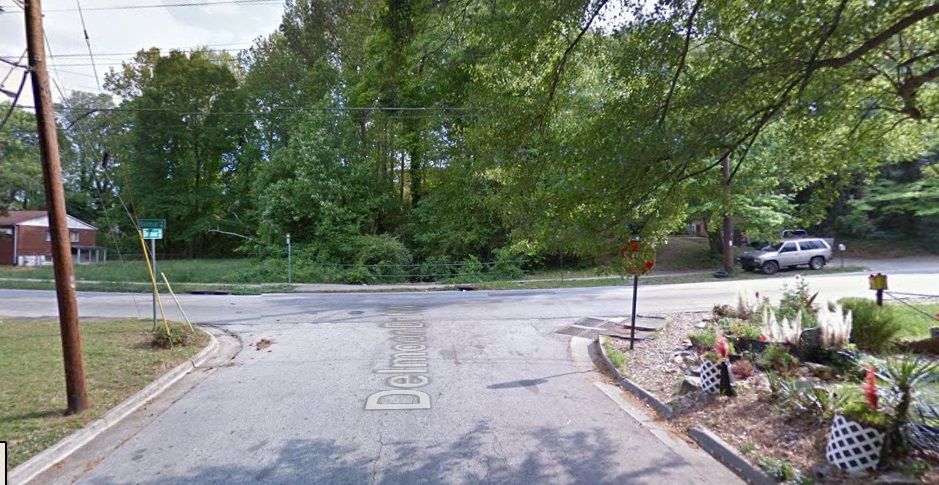 There's no great reason for Delmar/Delmoor to be so deadly, but avoid it nonetheless. It's frequently used as a cut-through when 285 is backed up and pedestrian-heavy, too.

This intersection is a bonafide mess with too many lanes and yield signs to accommodate its volume, particularly during afternoon rush hour. It's also one of the worst intersections for DUI accidents in Atlanta.

This particular intersection has volume to blame for it's high risk factor. Just about every hour of the day, this spot is backed up with residential traffic as people work their way to or from metro Atlanta.

How could anyone expect not to have accidents at an intersection this big? One of the most heavily-trafficked in Atlanta, this intersection is the perfect storm of bad drivers, road ragers, and lanes without definitive boundaries.

You can't mention "West Paces Ferry" to an Atlantan without getting a groan in return, and for good reason. It's too small for the volume it holds and afternoon rush hour (plus sun glare) is a recipe for disaster.

Driving in Atlanta can sometimes feel like a free-for-all. Whether you're fresh out of online driving school, an experienced delivery driver, or even a commuter who travels the same route every day it's impossible to avoid all the pitfalls of driving here. Stay alert, drive safely, and use caution at intersections.

You'll be glad you did!